CaixaBank uses our own and third-party cookies to analyse your browsing habits in order to create data, personalise your browsing experience (e.g. language) and advertising, including showing you advertisements which are tailored to the profile created based on your browsing habits. Click for more information or to to set up or reject their use. Or, you can accept all cookies by clicking on "Accept and continue browsing".

CaixaBank is a Sponsoring Partner of the Spanish Basketball Federation (FEB) and the Official Sponsor of the Spanish National Team, both female and male, in all its categories. Since 2013, when sponsorship began, our support has actively contributed to publicising the success of this sport, through active participation in all initiatives of Basketball Spain through the CaixaBank FEB Volunteer Programme, promoting the values of basketball throughout Spain, via the Plaza 3x3 CaixaBank programme.

CaixaBank is a partner of the Spanish Basketball Federation and, as Official Sponsor, we have a brand presence in the fitting out of the men's and women's senior teams, as well as lower categories (U21, U19, U18, U17 and U16).

Both teams are considered to be an example due to their ability to place talent and effort at the service of the team. Teams that have proven themselves to be leaders in competitive demands, with similar attitudes, an impeccable image and united in their objectives - values with which we feel particularly identified at CaixaBank. 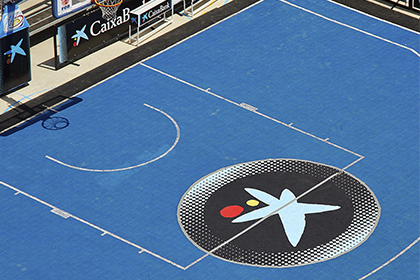 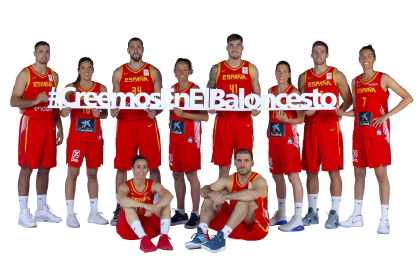 Video of the successes of the Senior Teams in 2019: SEAM GOLD World Champions and SEAF GOLD European Champions

At CaixaBank, we support women's basketball and accompany the teams in their successful careers, from the base categories to the senior women's team, which represents not only success on the courts, but also effort, devotion and dedication to this sport.

At CaixaBank, we believe in a National Team that was proclaimed World Champion in 2019, and that believes in basketball above all else. We support men's basketball because we believe in team spirit, a team committed to this sport and its fans.

We believe in its limitless passion, in the determination to achieve victory and the strength to accept defeat and to learn from it. 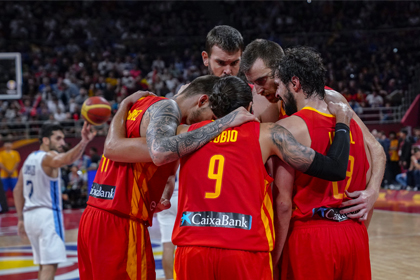 We believe in the team

We believe in street basketball

Organised by the FEB, hand in hand with the Autonomous and Local Federations and with the support of the bank, Plaza 3x3 CaixaBank is an itinerant basketball circuit that aims to bring basketball to the main squares throughout the whole of Spain, with an average of 10 annual stops and that, since its inception in 2012, has already visited 39 cities throughout Spain.

It is an amateur championship, open to all ages, inclusive and forms part of the Universe Woman programme. Since its creation, it has received more than 200,000 visitors and has had more than 42,000 participants of all ages. Teams of three members face each other, both in the male and female category. 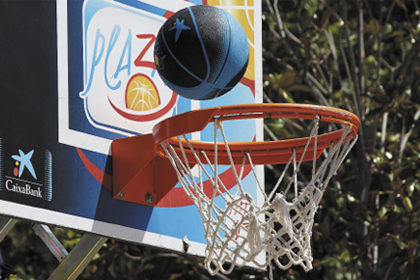 With the Plaza 3x3 CaixaBank tournament, we want to provide training in values and to promote the recreational and educational aspects of basketball, bringing players closer to this modality that is gaining more and more ground every year. Proof of this is its inclusion in the Tokyo 2020 Olympic Games programme.

CaixaBank FEB Volunteers is a community open to anyone passionate about basketball and volunteering.

Since its creation during the Basketball World Cup held in Spain in 2014, the community has not stopped growing. Currently, the programme has around 20,000 active volunteers.

CaixaBank FEB volunteers participate in the development of all institutional and sports activities organised by the FEB. In certain activities, together with the "la Caixa" Volunteers, they provide care for people from special groups. 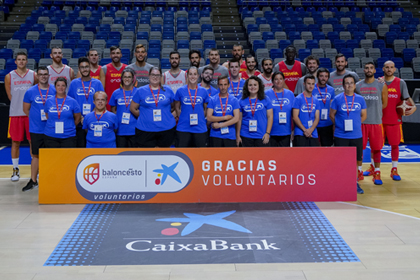 CaixaBank and the Spanish Sports Federation for People with Physical Disabilities (FEDDF): backing for wheelchair basketball

In 2018 and after collaborating for years, CaixaBank and the FEDDF signed an agreement that completes our relationship with wheelchair basketball, with which we share values such as effort, commitment, teamwork, the ability to overcome and respect.

CaixaBank's commitment to the FEDDF in the area of basketball focuses on the promotion of the different competitions in which the senior Spanish wheelchair basketball team, both male and female, participate. This includes competitions such as World Cups, European Championships or the Tokyo 2020 Paralympic Games. 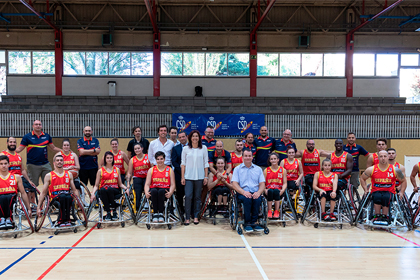 We believe in effort and the ability to overcome
#CreemosEnElBaloncesto