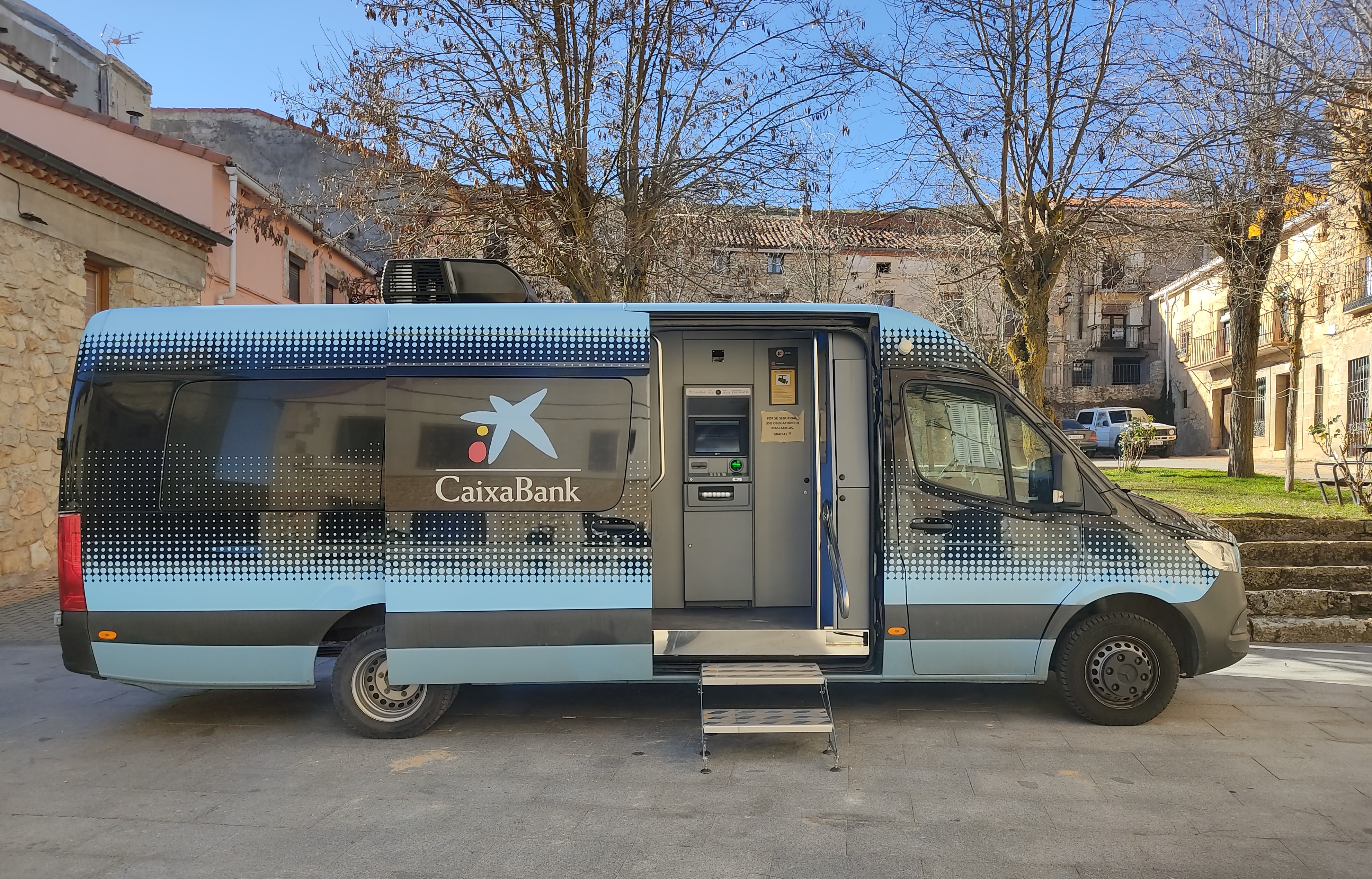 • CaixaBank's mobile branches (ofimóviles) serve 622 municipalities with a total population of more than 300,000 – an increase of 45% compared to the 430 localities served at the close of 2021.

• Since the beginning of the year, the bank has added the province of Palencia to its mobile branches routes and has extended the routes in Ávila, Ciudad Real, Granada, Guadalajara, La Rioja, Madrid and Segovia provinces.

• The mobile branches, which cover 52,000 kilometres a month, allow users – regardless of whether they are customers of the bank – to have access to standard banking services, such as withdrawing cash, making deposits, and paying bills and taxes.

Since the start of 2022, CaixaBank has boosted the number of locations at risk of financial exclusion served by its mobile branches (ofimóviles) by 45%. CaixaBank's mobile branches now serve 622 municipalities which, according to Spain’s National Institute of Statistics (INE), have a total population of more than 300,000. This constitutes a significant increase when compared to the 430 locations which were served by the mobile branches at the close of 2021.

This year, CaixaBank has begun to operate its mobile branch service in the province of Palencia and has also extended the routes in Ávila, Ciudad Real, Granada, Guadalajara, La Rioja, Madrid and Segovia provinces with a view to increasing the number of localities covered.

Mobile branches allow users, regardless of whether they are customers of the bank, to have access to the most common banking services, such as withdrawing cash, making deposits and paying bills and taxes.

Throughout Spain, CaixaBank has a total of 15 mobile branches that cover over 52,000 kilometres a month and offer services in twelve provinces: Guadalajara, Ciudad Real and Toledo in Castile-La Mancha; Ávila, Segovia, Burgos and Palencia in Castile-Leon; Community of Madrid; Valencia and Castellón in the Valencian Community; Granada in Andalusia, and La Rioja.

The bank also has two other mobile branches on standby for business, cultural and sporting events.

The autonomous community of Castile-León, with seven mobile branches, has the highest service coverage in Spain. Two mobile branches travel across towns in the Valencian Community, La Rioja and Castile-La Mancha, while the provinces of Granada and Madrid are served by one mobile branch each.

Following the service expansion this year, Ávila is the province with the most municipalities covered by CaixaBank’s mobile branches, which includes 127 towns and villages; followed by Segovia, with 102; La Rioja, with 78; and Palencia, with 68. The Community of Madrid is next, with 43 towns; Burgos, with 39; Valencia, with 38; Granada, with 35; Castellón, with 31; Guadalajara, with 30; Ciudad Real, with 29; and Toledo, with 2.

In the coming months, the bank plans to continue adding new routes and locations served by the mobile branches, a key objective part of CaixaBank's strategy to prevent the financial exclusion of rural areas. The service also helps preserve the direct relationship with customers living in such environments and underscores the bank's commitment to supporting the economy of these territories, where the agricultural and livestock sectors are of crucial importance.

In addition to increasing the number of municipalities served by its mobile branches, CaixaBank's strategic commitment to the rural world is reflected through a network of 1,650 branches in towns that have less than 10,000 inhabitants and a further 1,175 AgroBank branches, specialising in the agri-food sector.

In that regard, CaixaBank is committed to not leaving behind those municipalities in which it is the only bank. As part of its steadfast commitment to financial inclusion, CaixaBank continues to act as a personal and accessible bank that is close to its customers.

CaixaBank's mobile branches contribute to reducing inequality, one of the Sustainable Development Goals (SDGs) set by the United Nations, to which the bank is strongly aligned.

Additionally, CaixaBank’s mobile branches are a key part enabling the bank to deliver upon its commitment to serving senior customers, given that 53% of its clients are over 72 years old and 80% are over 57 years old.