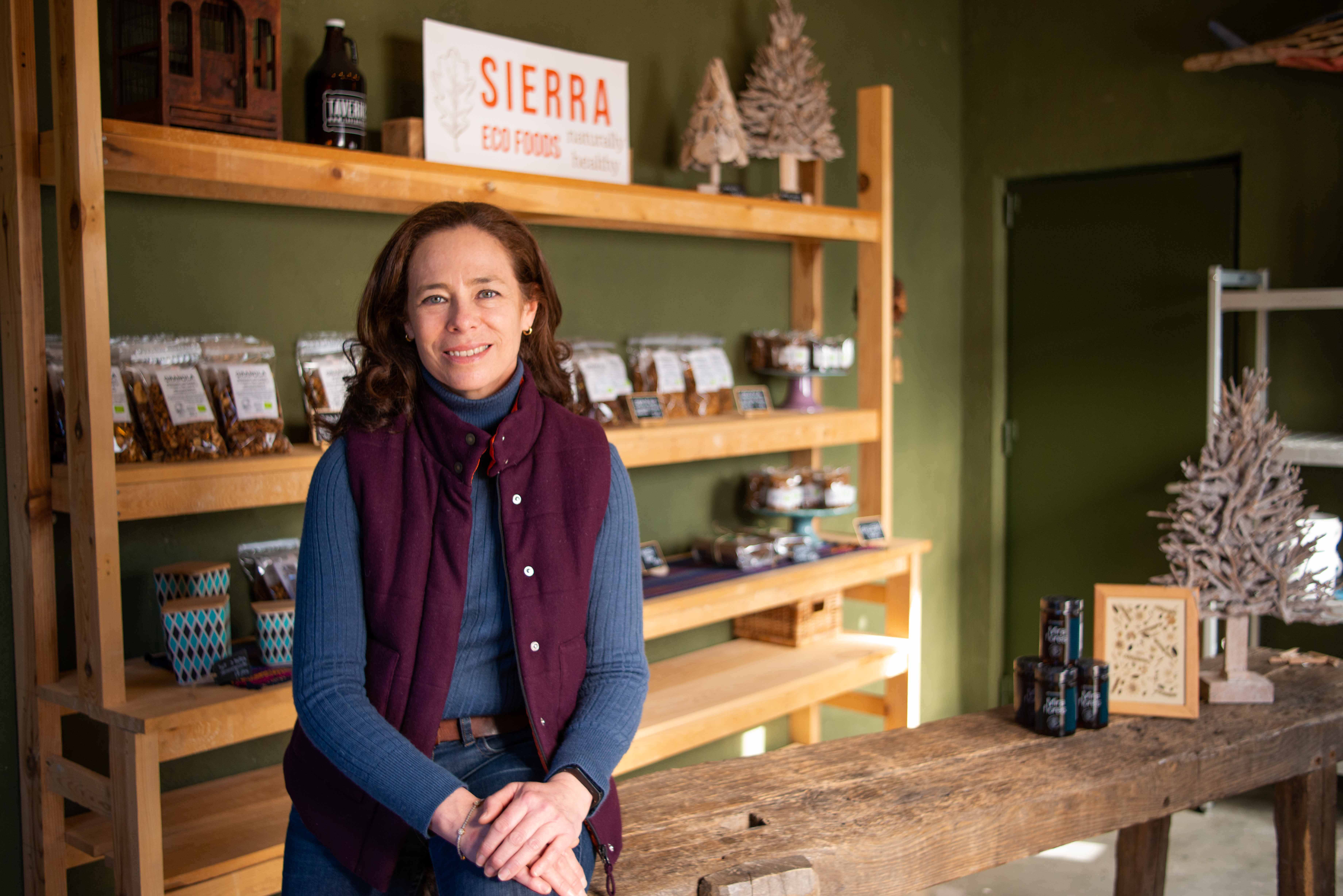 Patricia Vega started her business Sierra Eco Foods in Rascafría, Madrid, with the financing of a MicroBank loan

• Last year, MicroBank granted over 107,000 loans, a record number since its inception.

• CaixaBank's social bank increased financing to families by 46%, for a total of €547 million.

• The bank granted 15,221 microloans for new business launches or supporting the growth of existing businesses.

• MicroBank's support for sectors involved in creating positive social impact helped complete 5,142 projects in Spain for a total of €210 million.

MicroBank, CaixaBank's social bank, closed 2021 with a record number and volume of loans, focusing specifically on the needs of families facing difficulties in accessing financing.

MicroBank allocated a total of €953 million to social impact financing in 2021, an increase of 5.8% over the previous year, when it allocated €900 million.

Last year, the bank granted 107,222 loans, an increase of 1.74% compared to 2020 when it registered a higher than usual growth as a result of the pandemic's breakout and the bank’s efforts to help mitigate its economic effects.

Financing aimed at providing support to families with fewer resources and with difficulties in accessing loans grew rapidly in 2021, representing 57% of the total financing volume of CaixaBank's social bank.

Specifically, in 2021 MicroBank granted 86,859 microloans to this segment, a 28% increase. These loans totalled €547 million, representing a 46% rise from 2020, a growth partly due to the recovery of household consumption.

“During a year in which the impact of the pandemic was significant,  we have continued to support entrepreneurs and families with fewer resources, with the aim of contributing to their recovery and facilitating the launch of new projects”, explained Juan Carlos Gallego, Chairman of MicroBank, who added that, “this is in line with the bank's goal of contributing to wealth creation and promoting the well-being of the country’s families and businesses”.

Furthermore, Cristina González Viu, CEO of MicroBank, pointed out that “MicroBank has succeeded in adapting to the changing economic and social environment, and in 2021 focused on the needs of families, while sustaining its efforts in financing entrepreneurs and microbusinesses.”

In 2021, MicroBank granted 15,221 microloans to self-employed workers and microbusinesses, a figure similar to that of 2019 but lower than that recorded in 2020, a year of atypical growth due to the high liquidity requirements of numerous businesses that had been severely affected by the pandemic restrictions. Last year, MicroBank allocated a total of €196 million to support new projects as well as help grow existing business projects.

During 2021, MicroBank's focus on social impact contributed to the completion of 5,142 projects in Spain for a total of €210 million, which represents a 36.4% growth compared to 2020. Despite being a recent addition to the bank’s portfolio, these facilities, which focus on projects in the areas of the social economy, education, enterprise, innovation and health, that positively impact society, already represent 22% of the capital allocated by the bank.

MicroBank offers solutions to different segments of the population whose financial needs are not sufficiently met. It has a defining role in CaixaBank's Socially Responsible Banking Plan, the mission of which is to promote financial inclusion, helping the most vulnerable groups access loans, as well as reinforcing its commitment towards the country’s socioeconomic development.

As the sole shareholder of MicroBank, CaixaBank has supported its social bank since its creation by allocating the funding required to grow its lending activity as well as marketing MicroBank products through CaixaBank's extensive commercial network, with the aim of offering customers its entire range of products with the highest quality of service and the best relationship management.

More than 270 entities throughout Spain actively collaborate in granting the microloans, contributing knowledge on the borrowers, in addition to advising on and monitoring the projects.

Patricia Vega started her business Sierra Eco Foods in Rascafría, Madrid, with the financing of a MicroBank loan
JPG (0.9 MB)