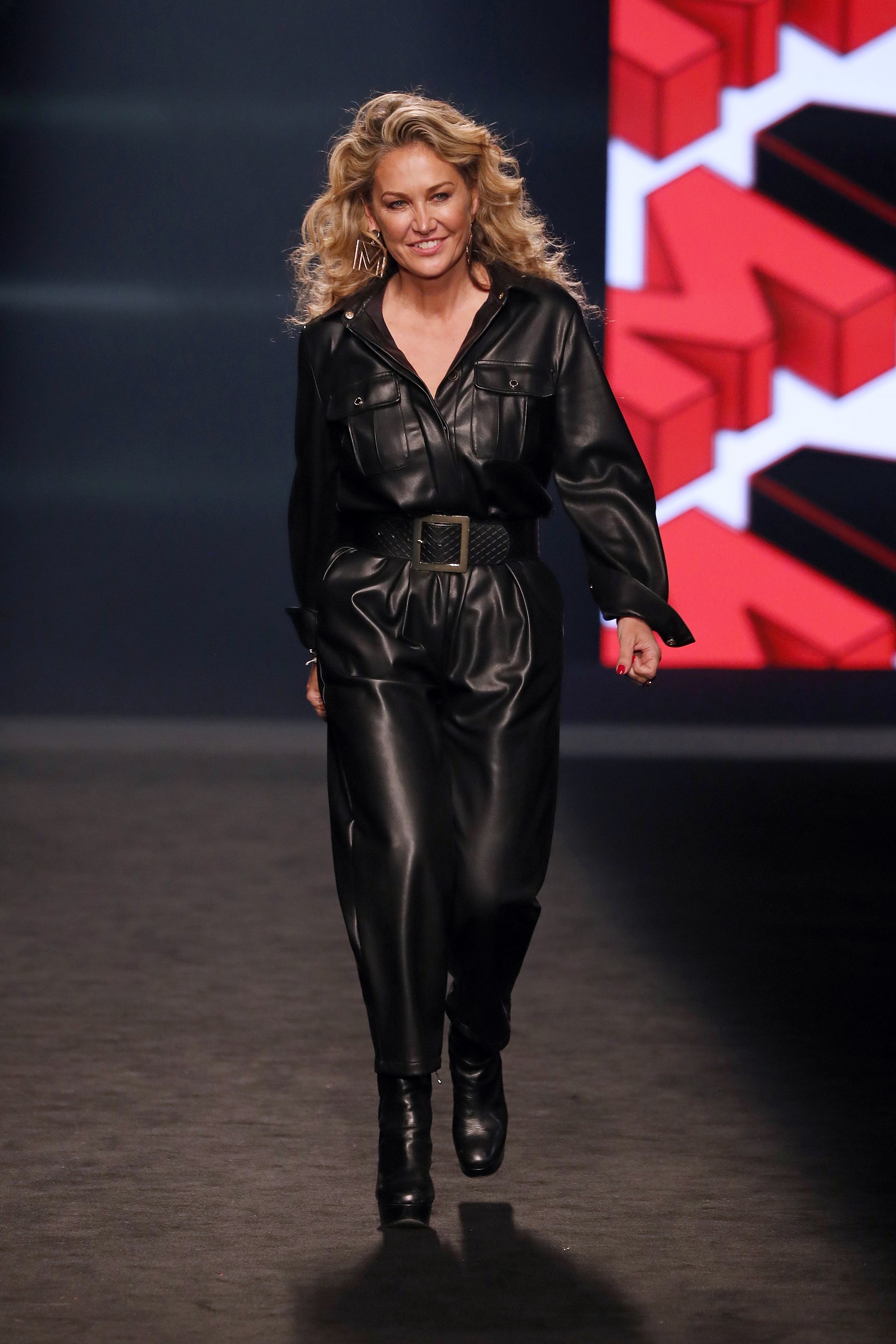 • The executive will be one of the Spanish businesswomen awarded at the IWEC Awards 2022, which will be presented during the International Women’s Entrepreneurial Challenge conference, held in Madrid from 13 to 15 November.

• CaixaBank has recognised Maite Casademunt for her outstanding career, her pledge to making the LOLA CASADEMUNT brand international, and her commitment to corporate accountability and sustainability in the world of fashion.

Maite Casademunt, chairwoman and creative director of LOLA CASADEMUNT, a fashion and accessories company for women, has been chosen as the national winner in the sixth edition of the ‘CaixaBank Women in Business Award'. Every year CaixaBank recognises the professional talent and excellence of female entrepreneurs  in Spain, while also providing the platform for them to network  with the world's leading companies.

The panel of judges  for the award, consisting of a group of directors at CaixaBank, chose the Catalan executive out of 14 regional winners for her outstanding career, during which she  helped to establish LOLA CASADEMUNT as a leading fashion brand in Spain, present on the catwalks at 080 Barcelona Fashion and Mercedes-Benz Fashion Week Madrid. Additionally, under her stewardship, the business has grown significantly and expanded  to international market through commercial partners in Europe and America. The company, which has more than 550 multibrand sales points and an e-shop in Spain, is already present in nine other countries, including Andorra, Belgium, Cyprus, France, Italy, Mexico, Puerto Rico, Portugal and Ireland. Currently, the international market accounts for 13% of LOLA CASADEMUNT's business.

The judges also took into account Maite Casademunt's firm commitment to corporate accountability and sustainability. The executive devised the company's CSR programme, LOLA LOVES LIFE, which focuses on combatting breast cancer, fighting loneliness amongst the elderly, supporting families at risk of social exclusion, and vulnerable people, similar to those affected by the conflict in Ukraine. In the area of the sustainability, 35% of the company's production is local, and it has set a goal to have 100% of its collections be sustainable by 2025. The company managed to save over 8,800 kilos of plastic and more than 35,700 kilos of CO2 with the production of the last three collections of 2021.

Maite Casademunt, born in Cardedeu (Barcelona) and trained at the Advanced School of Image and Design in Barcelona, doesn't just own the business, she is also the lead designer at the firm. She worked alongside her mother from an early age until she finished her design studies. The company changed course after she was hired, with the creation of a fashion line. Since 2018, she has been the owner and chairwoman of LOLA CASADEMUNT, initiating a process of greater professionalisation in management to lead the family business into a new era of growth.

Maite Casademunt said: “It's an honour to receive this award, which undoubtedly recognises the work that we have been doing in recent years at LOLA CASADEMUNT. It is a firm that my mother founded over 40 years ago and that today it is going through a high point as her dreams have been achieved, thanks to the ownership stake acquired by my husband, Fernando Espona, and to the commitment and hard work of all the staff.

“In just three short years, we have professionalised the company with the addition of our manager Paco Sánchez, and a great team of professionals heading up the firm's various departments. We have set up a business strategy with clear goals that have taken the company to a great level, with our collections being shown at two official fashion shows in Spain, 080 Barcelona Fashion and the Mercedes-Benz Fashion Week Madrid. We have expanded both nationally and abroad; and last year we celebrated our 40th anniversary with the launch of our first image campaign, with one of the world's leading models, Nieves Álvarez.

“These landmark achievements push us to keep learning so we can keep developing projects that enhance the company and make it grow solidly and sustainably."

As the winner of the ‘CaixaBank Women in Business Award', Maite Casademunt will be one of the Spanish businesswomen awarded at the IWEC Awards 2022, which will be presented during the International Women’s Entrepreneurial Challenge conference, held in Madrid from 13 to 15 November.

The International Women’s Entrepreneurial Challenge (IWEC), headquartered in New York, is a global network of leading women entrepreneurs in their sector who advocate for business ownership and who cooperate globally through chambers of commerce and business organisations in order to engage with and develop female leadership.

Every year, within the framework of its Annual Conference, IWEC hands out awards in recognition and support of businesswomen all over the world. Among other aspects, the IWEC awards aim to increase the awareness of businesswomen, so that they can represent a major and decisive element in the development of the 21st century global economy.

After two years of virtual conferences, this year the IWEC awards will be presented in Madrid from 13 to 15 November, at a gathering that will bring together important personalities from the world of business, and which will be sponsored by CaixaBank.

Since its founding in 2007, IWEC has recognised 460 businesswomen from 47 countries. The companies led by these entrepreneurs generate 295,416 jobs and a joint revenue of over $41.1 billion.

Diversity, meritocracy, equal opportunities and talent recognition are some of the pillars of CaixaBank's corporate culture. Under these pillars, the bank works with a commitment to be a pacesetter for its employees, promoting inclusion and participation and bolstering projects that promote equality, both within the company and across the whole of society. In fact, at CaixaBank, women hold 41.3% of managerial positions and 40% of the Board of Directors, one of the highest percentages in the sector.

CaixaBank has its own diversity programme, Wengage, developed by people from all areas of the company, based on meritocracy and promoting equal opportunities, which works to promote and achieve gender, functional and generational diversity. Wengage includes internal measures to foster flexibility and work-life balance, to raise awareness regarding diversity and strengthen the role of women, with training programmes and female mentoring plans, through which female managers will guide other professionals in developing their careers.

CaixaBank is associated with the international programme Target Gender Equality and the Women’s Empowerment Principles, of the United Nations; to the Voluntary Agreement with the Ministry of Health, Social Services and Equality, "More women"; and to the Diversity Charter, promoting equal opportunities and anti-discriminatory measures.

Furthermore, since 2018, CaixaBank has adhered to the EJE&CON Code of Good Practices for Talent Management and the Improvement of Company Competitiveness, committing itself to fostering the presence of women in managerial positions. It is also part of the STEAM Alliance for Female Talent "Girls on the Science Stand", an initiative led by the Ministry of Education and Vocational Training to promote STEAM careers in girls and young women.