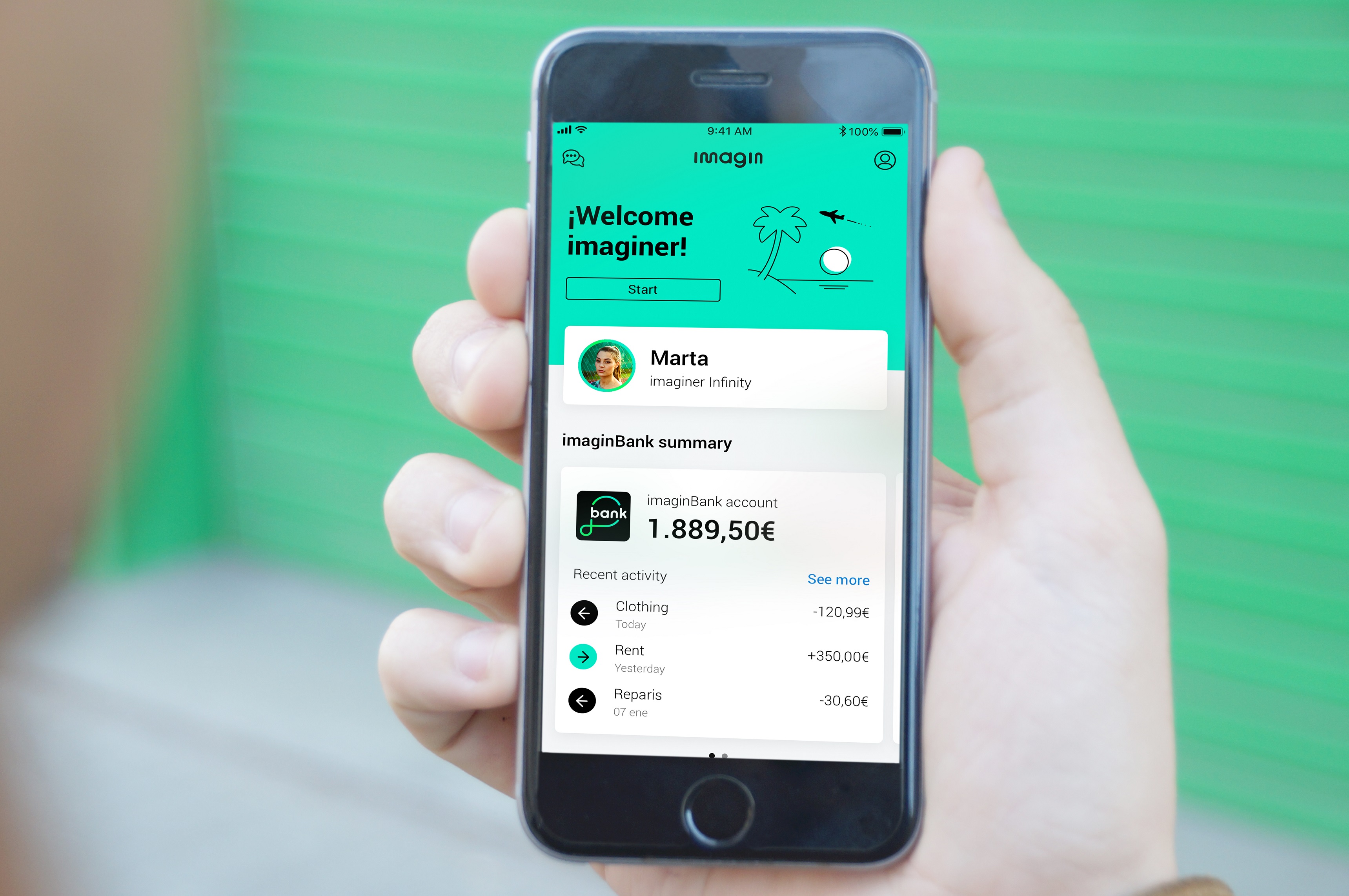 • In its first year after becoming a digital “lifestyle” community, imagin has gained more than 500,000 new users.

• According to Smartme Analytics data, imagin is the leading digital financial services app among major neobanks and fintech companies.

• The community has strengthened its commitment to sustainability through imaginPlanet: “imaginers” have managed to offset 50 tons in CO2, collect 200 kilograms of plastics, and add 40,000 people to the cause of saving on food waste.

imagin, the digital services and lifestyle platform driven by CaixaBank, Spain´s leading bank, has celebrated its first anniversary since its launch as a new digital community concept, adding more than 500,000 new users and reaching a total of 3.1 million “imaginers”. This represents a growth rate of 20%, new highs in a single year. In the band of users over 18 years of age, specifically, growth during this first year has reached over 30%.

This data strengthens imagin's leadership as a digital financial services player. In its first year after the new app was launched to market, the platform ranks as a leader among the top neobanks and fintech companies, with a 15.2% market share of active users and a score of 83 out of 100 for mobile performance in the neobanking sector in Spain, according to the latest Smartme Analytics study. Smartme Analytics Mobile Performance Index monitors financial application usage and values performance on the basis of variables such as number of active users, daily usage time, interaction, and exclusive use frequency. 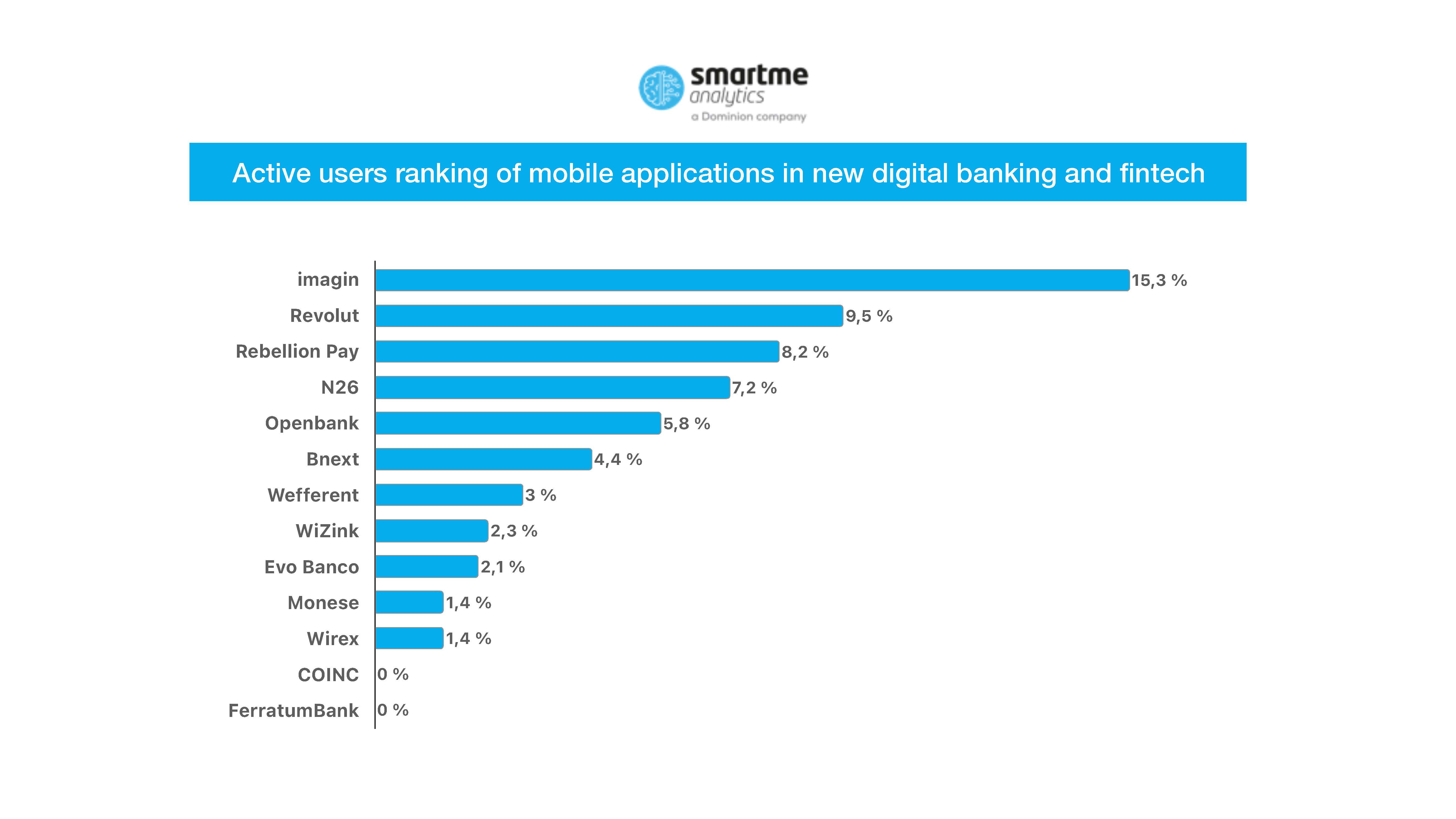 As well as growing in new users, imagin has also increased the loyalty of those who were already “imaginers”. During the last year, upwards of 60% of imagin users open the app more than 3 times a week. A significant volume of activity was recorded in July 2021 with 23 million app accesses in a single month, marking an all-time record for use of the app. At the operational level, use of Bizum through imagin has doubled in the last year, with an average of 4.2 million transactions per month, and mobile payment has catapulted 400% compared to 2020.

According to data from imagin, the most common customer profile is that of a young person with an average of 26 years of age, residing in a large city and operating in a digital environment. At the regional level, 32% of connections to the imagin app are made from Madrid and 29% from Catalonia.

imagin’s growth comes in response to the user loyalty boosting strategy arising from the creation of digital, financial and non-financial services, which, unlike traditional banking, do not necessarily involve somebody registering as a banking customer. During the past year, a plethora of digital content and services has been launched on the platform which has attracted a great deal of interest among the “imaginer” community, based on five major subject areas: sustainability (imaginPlanet), music (imaginMusic), video games (imaginGames), trends (imaginCafé) and technology (imaginShop).

Among the “imaginer” community, sustainability is one of the fields that kindles the most interest, interaction and involvement of users. Through imaginPlanet, this year, imagin has implemented a full line of sustainability-based products, services, agreements and initiatives that create a positive impact for the planet and society as a whole. As a result, imaginPlanet has succeeded in boosting tree planting to offset upwards of 60 tons of CO2, collecting 200 kilograms of plastics and more than 40,000 imaginers have joined in saving on food waste through the partnership with “Too Good To Go”.

Initiatives in this area this year include the success of the imaginPlanet Challenge, the programme of entrepreneurship ideas to combat climate change, featuring over 700 participants, and two projects, eCoDeliver and Kidalos, which seek to boost the sustainability of the parcel carrier sector and the consumption of toys, respectively.

This commitment to sustainability, which is part of imagin's strategy and is conveyed to its entire business model, has earned the platform a B Corp certification in November last year. This guarantees the company's compliance with the highest standards of social and environmental performance, public transparency and corporate responsibility to balance economic benefit with social purpose.

A year of successful initiatives

Besides supporting environmental causes, one of the most important projects this year which has had the greatest impact on the imagin community is the recent launch of imaginChangers, the program that enables imagin users to take part in digital volunteering actions through their mobile devices and support charity projects with financial donations.

In June, imaginGames, in partnership with LVP (Mediapro Group), launched the amateur eSports circuit “imagin Arena Masters”, while the imaginMusic content area streamed several concerts this year that have been viewed by thousands of “imaginers” via the digital channels.

imagin celebrates its first anniversary since its launch as a digital lifestyle community
JPG (1.1 MB)