Digitalisation at the service of society 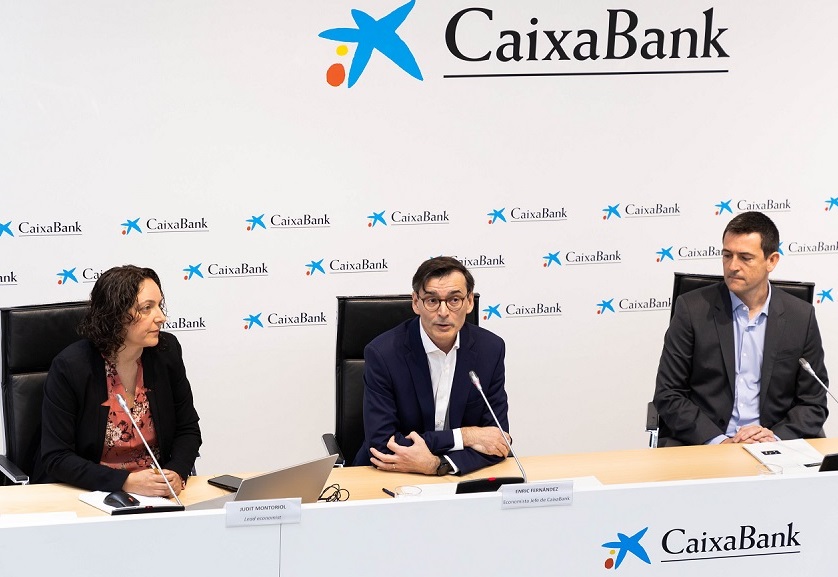 • It relies on Big Data techniques to process millions of operations every month, which provides a great deal of information, giving a practically instantaneous and highly accurate glimpse into Spain's economy.

• Thanks to digitalisation and to CaixaBank's high market penetration in Spain, the resulting data is representative of society as a whole and can be used to detect new trends early or identify differences between groups and regions.

CaixaBank Research, the Research Service of CaixaBank, has launched its “Real-Time Economics” website, the most complete initiative of its kind in the world, offering quality information practically in real time on the country's economic reality. The company's Research Service is making available to society this pioneering tool, which is rooted in digitalisation and on the Bank's high market penetration in Spain.

The website, a tool that makes relevant financial information quickly and easily available, is capable of monitoring the current situation and changes in the Spanish economy in great detail by relying on anonymised internal data from CaixaBank from over 18 million customers, 11,500 ATMs and 700,000 point-of-sale terminals. The indicators thus represent society as a whole and the conclusions they offer can be used to get a jump on trends and identify differences between groups (age, gender, income or activity sector) and regions (autonomous communities and municipalities).

The website includes a total of 850 indicators that are updated monthly thanks to the information provided by millions of transactions made using CaixaBank cards and POS terminals, and the nearly 6 million paychecks that are direct deposited with the bank. The data is processed using Big Data techniques to provide quality information that gives a real-time glimpse into Spain's economy, and that can help families and companies make decisions.

For example, a user of the site can see how consumption is evolving in their autonomous community based on the sociodemographic characteristics of consumers, if salaries in a region are evolving differently, the level of inequality by age, or how much it costs the average household to buy a home.

The information is further offered in different levels of detail based on the user's preferences: one format is simpler and more visual, with an infographic approach, and another is more in-depth, making it possible to interact with the charts for the various indicators. The interactive design makes it easier to interpret the data with smart legends and text that complement the graphic information.

The design of the "Real-Time Economics” website makes it easy to check the information in this new economic analysis instrument. Moreover, the internal data is processed using advanced calculation algorithms that guarantee absolute confidentiality in terms of the internal data that is needed to build the various indicators.

Users who want to see updated information can subscribe to the newsletter service and receive and alert when the data is refreshed, or when articles are published analysing the results offered on the website.

Example: Consumption of Spanish households cools down in September. In-person spending keeps a notable growth pace, 7% year-over-year in September, but it has slowed down appreciably in recent months due to lower growth in spending on durable goods, leisure and restaurants. By contrast, spending on staple products is growing rapidly, undoubtedly due to rising prices.

Example: Inequality in Spain decreases to pre-pandemic levels. Wage inequality increased sharply and suddenly during the pandemic, but it has been going down, and by September, it was already below pre-pandemic levels, specifically 0.2 points below, according to the Gini index after public transfers.

The tourism block can be used to analyse trends in domestic and international tourism, and spending by Spanish tourists abroad. Its calculation is based on millions of transactions made using Spanish or foreign cards on CaixaBank POS terminals, or with CaixaBank cards outside Spain. Similarly, CaixaBank Research has developed an algorithm to identify domestic tourism.

Example: Spaniards travel abroad again, especially young people. Since international mobility restrictions were eased, Spaniards have started travelling outside Spain again, but the recovery is widely different based on age. Young people were faster to leave the country again and have already surpassed pre-pandemic levels. On the other hand, for older people, the recovery is slower.

The wages block allows to analyse how fast wages are growing based on age, sector and gender, both in Spain as a whole and in the various autonomous communities.

Example: Wages rise moderately. In Spain, the pace at which wages have been rising has gone up moderately in recent months. In September, the increase stood at 2.4%, 1.4 percentage points higher than the rate of progress a year ago. The tendency is very similar between men and women.

The ratio of home ownership affordability provides information about the effort that households have to make to buy a home by comparing changes in home prices with changes in wages. This indicator is built by combining data on housing prices from the Ministry of Transport, Mobility and Urban Agenda with figures on wages from CaixaBank. It is calculated nationwide, for Autonomous Communities and provincial capitals.

Example: Is access to home ownership deteriorating in your region? The drop in wage income that occurred during the pandemic deteriorated the housing affordability ratio throughout Spain, although economic improvements have made up much of the ground lost in practically every Autonomous Community. The fluctuations were especially pronounced in the busiest tourist areas, such as the Balearic Islands and the Canary Islands.

[1] The Gini index is the benchmark index for analysing the level of wage inequality. Its values can range from 0 to 100. Higher values indicate higher levels of inequality, and vice versa.