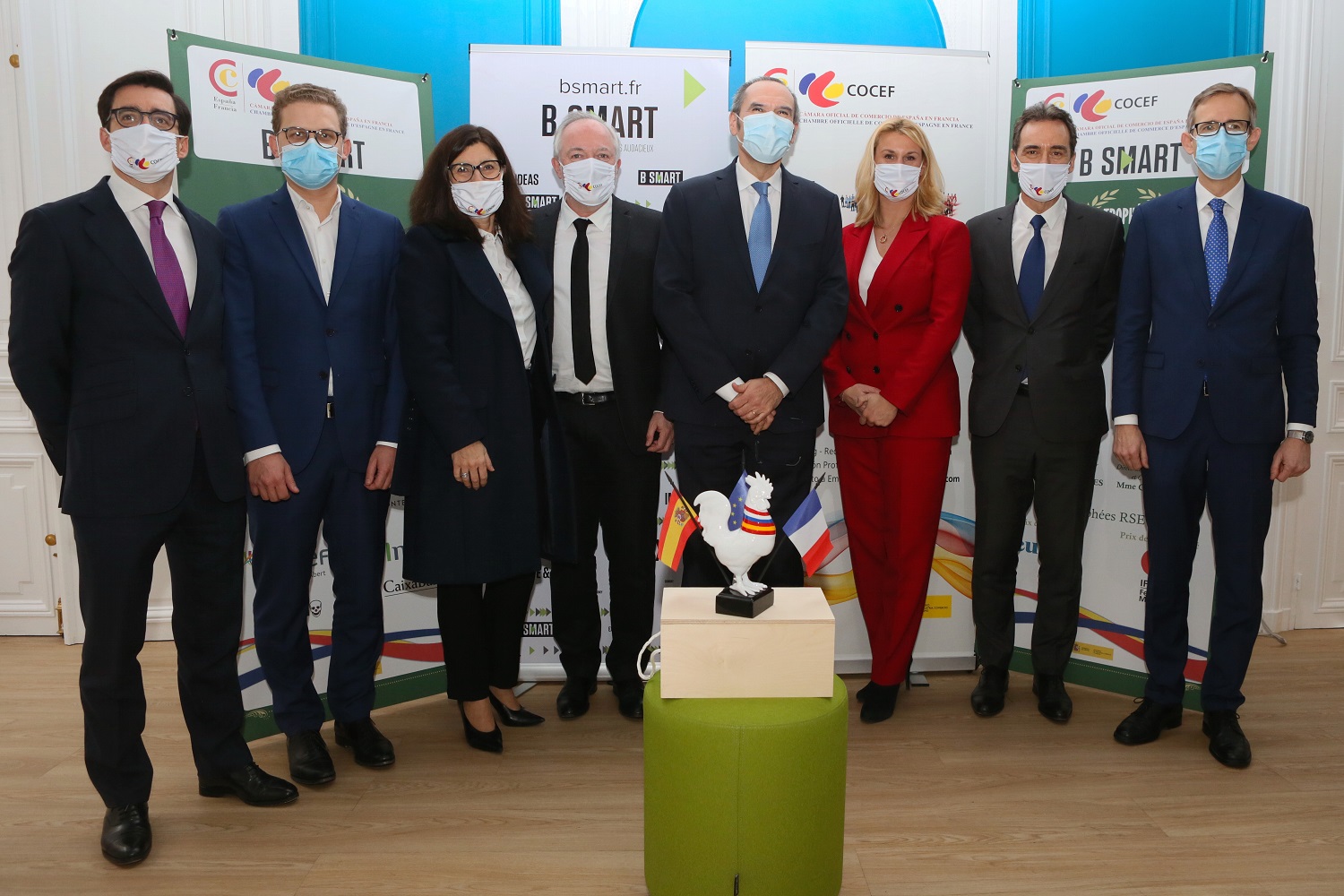 Participating entities at the COCEF awards ceremony. Among them, Víctor Granero, director of the CaixaBank's branch in France

• The Bank participated in the awards ceremony held by the Spanish Chamber of Commerce in France (COCEF) by granting the "Inclusion" award, which is part of the newly created CSR awards.

• Since 2018, CaixaBank's branch in France has granted financing in the country to the amount of €2.6 billion.

• As part of its commitment to sustainable financing, CaixaBank has participated in ESG financing operations in France totalling over €930 million since 2018.

CaixaBank's branch in France was one of the participating entities at the COCEF awards ceremony, held every year by the Spanish Chamber of Commerce in France, granting the "Inclusion" award, which is part of the newly created Corporate Social Responsibility awards category. This way, the Bank reinforces its commitment to socially responsible banking and enhancing the business relationship between Spain and France.

The Bank, which holds a banking licence in France since 2018, has established itself as a benchmark Spanish bank for Spanish businesses with interests in France and for French businesses operating in Spain. In the last two years, CaixaBank's branch in France has granted financing in the country in the amount of €2.6 billion.

Furthermore, in line with the priorities set out in CaixaBank's 2019-2021 Strategic Plan, the Bank has consolidated itself in the ESG financing sector in France over these past two years -following environmental, social and governance criteria-, with operations totalling over €930 million. Among these operations, particularly noteworthy are those entered with companies engaged in environmental services, construction, energy and public-private partnerships, as well as many others.

The branch in France has been especially active between 2019 and 2020 in the field of renewable energies financed in the Project Finance modality. Among the more relevant operations, the participation of CaixaBank as the only non-French entity in the largest refinancing operation in the onshore wind sector, the financing of photovoltaic operations and the Saint Nazaire and Fécamp offshore wind farms stand out.

CaixaBank obtained its banking licence in France in 2018, and since then the Bank has increased its activity and long-term commitment with the country, assembling a highly qualified team and providing further proximity to customers, greater agility in banking operations and a larger contribution to the French economy.

CaixaBank's branch in France offers foreign trade and corporate banking services to French businesses, Spanish businesses operating and with interests in France and to multinational corporations with interests in the country. Infrastructure (fibre optics and motorways), railway and commercial aviation are among the most prominent sectors.

CaixaBank is one of the financial institutions most committed to sustainability, given that its Socially Responsible Banking Plan covers four significant principles of action that include a direct contribution to the United Nations Sustainable Development Goals. Through its initiatives, the Bank is supporting environmentally friendly initiatives and projects that contribute to preventing and mitigating climate change and to encouraging the transition to a low-carbon economy and social development.

The Bank, chaired by Jordi Gual and managed by Gonzalo Gortázar, issued a green bond for €1 billion in 2020 to fund renewable energy projects and energy-efficient buildings, as well as a social bond for €1 billion to curb the effects of COVID-19 by funding SMEs and micro-enterprises located in Spain's most disadvantaged areas. CaixaBank became the first Spanish bank to issue a social bond in 2019 in support of the United Nations Sustainable Development Goals (SDGs). 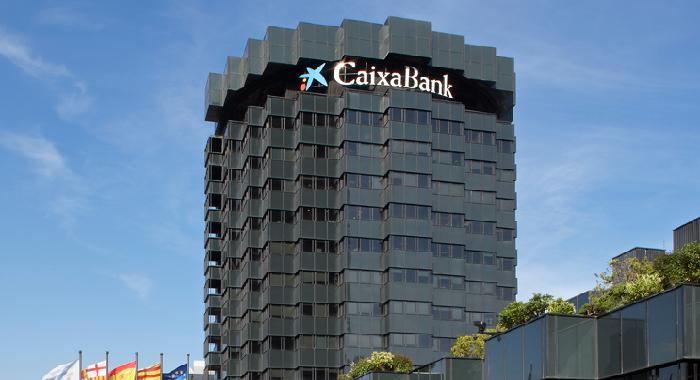 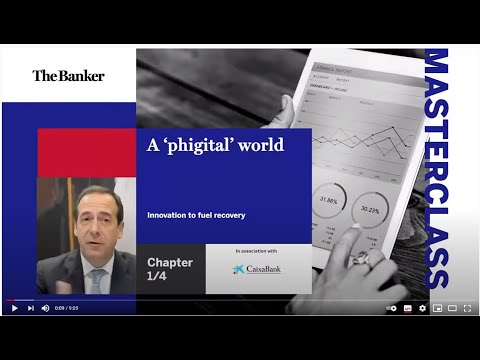