CaixaBank posts an attributable net profit of €707 million in the first quarter, up 21.9% on a like-for-like basis 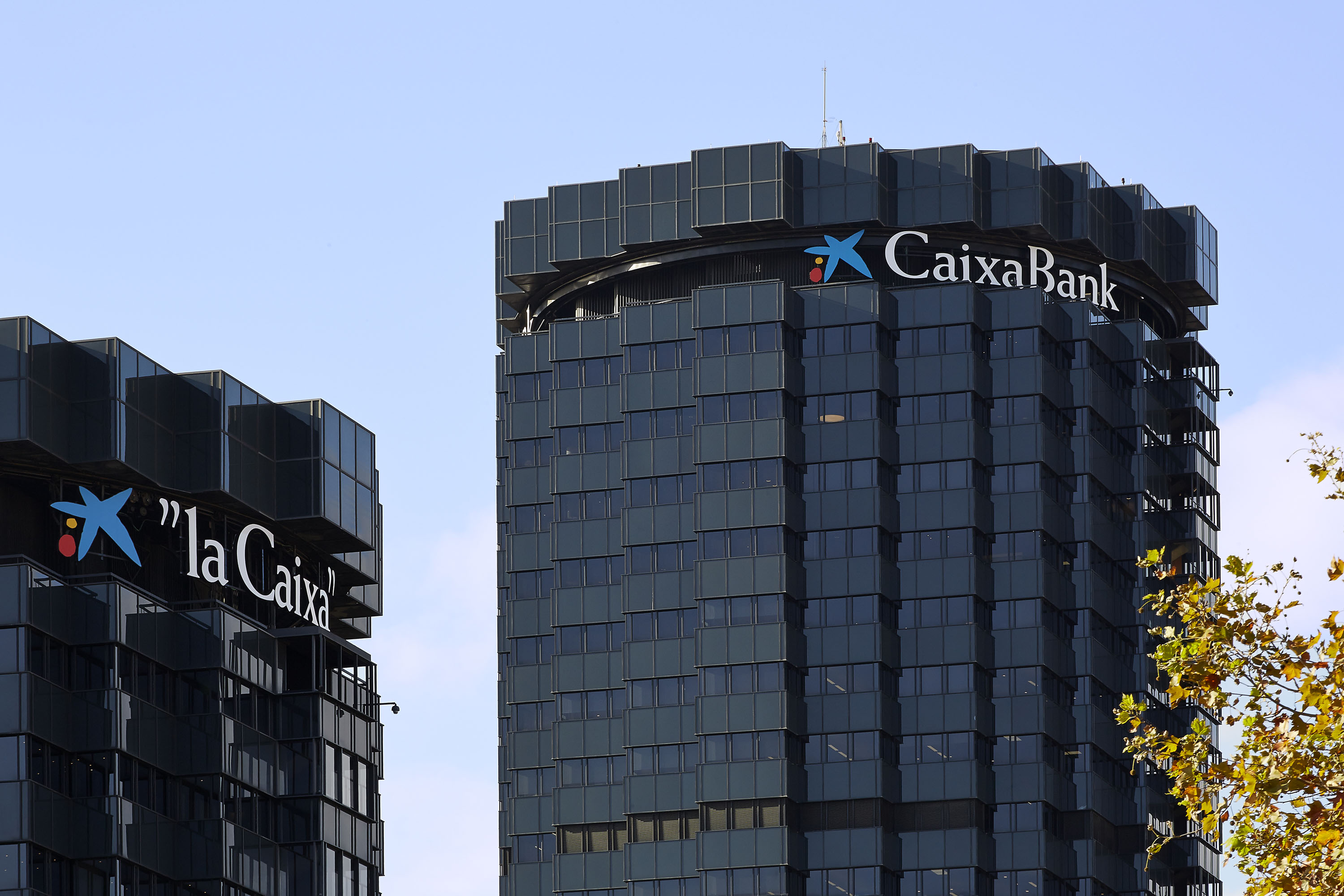 • Earnings growth driven by strong business in loans and long-term savings products, lower expenses due to the synergies arising from the merger —leading to an increase in pre-impairment income (+5.4%)— and a reduction in insolvency allowances (-23.2%) and other provisions (-37.7%).

• The Bank maintains its commercial and financial strength despite market volatility and uncertainty amid the invasion of Ukraine. Customer funds amount to €619.89 billion, remaining stable in the quarter, with a notable €1.21 billion in net sales of long-term savings products.

• New mortgage and new consumer credit production in Spain improve by 14% and 18% year-on-year respectively, with mortgage production rising to €2.12 billion following a sharp increase in March and new loan production for SMEs increasing by 22%.

• Gonzalo Gortázar, CEO of CaixaBank, highlights that “having completed close to 90% of the planned branch integrations and employee redundancies, we can now focus more and more on business growth”.

• The NPL ratio falls to 3.5% in the last quarter and the NPL coverage ratio rises to 65%, following a reduction in non-performing loans of €272 million, illustrating sound risk management since the merger.

• General provision of €214 million is posted in the first quarter to cover the estimated impact arising from the change of the macroeconomic scenario due to the ongoing conflict in Ukraine.

• The Bank’s solvency and liquidity position strenghthen in 2022. The CET1 capital ratio stands at 13.4% and total liquid assets amount to €171.2 billion at 31 March.

The CaixaBank Group posted an attributable profit of €707 million in the first quarter of 2022, up 21.9%, on a like-for-like basis, on the same period of the previous year. Reported profit increased 37.6%, excluding the extraordinary items arising from the Bankia merger.

When taking into account the impacts generated by the merger, profit fell by 85.2% year-on-year, as profit for the first quarter of 2021 stood at €4.78 billion, which included a net positive contribution for accounting purposes of €4.3 billion from negative goodwill and the booking of €28 million in post tax extraordinary expenses.

In the first three months of the year, CaixaBank managed to reinforce its commercial and financial strength despite the market volatility and uncertainty caused by the invasion of Ukraine, delivering a very positive performance in new lending and in attracting long-term savings, especially mutual funds and insurance products. There was also significant year-on-year growth in new MyBox insurance production, driven by non-life products (+71%).

Gonzalo Gortázar, CEO of CaixaBank, highlighted that “having completed close to 90% of the planned branch integrations and employee redundancies, we can now focus more and more on business growth.”

Gortázar once again underlined the Bank’s commitment to financial inclusion, as “CaixaBank has the largest branch network in the Spanish sector and, in 471 towns it was the only bank present at the end of March. It operates in more than 2,200 municipalities across all of Spain.”

“In 2022 we aim to consolidate our growth and support the economy and our clients in the first year of our Strategic Plan, which we will present on the 17 May, and which will define the direction and the speed of the Bank’s growth for the next three years”, he added.

Income statement (on a “like-for-like” basis)

Profit grew 21.9% year-on-year from €580 million in January–March of last year to €707 million in the current year, taking as a reference the pro-forma income statement that aggregates the results of both CaixaBank and Bankia in the first quarter of 2021 (for comparison purposes and excluding the extraordinary items arising from the merger).

Core revenues came to €2.76 billion, showing a slight reduction of 1.7%, mainly due to the decline in net interest income (-5.4%) compared to the same period of 2021 amid the prevailing environment of negative interest rates. Nevertheless, NII only fell 0.6% when compared to the previous quarter.

Fees and commissions grew to €969 million, up 2.9% on the first quarter of 2021, although recurring banking fees and commissions fell by 3.3% due to the unification of the customer loyalty programmes, among other factors. Fees and commissions from insurance sales were up 2.3%, while those related to the management of long-term savings products (mutual funds, pension plans and unit-linked products) experienced growth of 10.3%.

Meanwhile, earnings from entities accounted for using the equity method fell (-43.1%) following the sale of Austrian Erste Bank (with earnings no longer attributable to CaixaBank from the third quarter of 2021 onward), as well as the takeover of Bankia Vida in late 2021 and its full integration from January 2022.

The pro-forma income statement shows a notable 4.3% reduction in recurring administrative expenses, depreciation and amortisation, reflecting the cost synergies arising from the merger. Along these lines, staff expenses fell by 5.3% and general expenses were down 7.2%.

In the first quarter, a €214 million collective fund was posted to cover the estimated impact arisen from the change of the macroeconomic scenario due to the ongoing conflict in Ukraine. In addition, the COVID-19 fund totalled €1.2 billion at the end of the quarter (€1.4 billion at the end of 2021), now that the Bank has a clearer picture of how customers who benefited from the pandemic support measures are currently faring. The cost of risk (trailing 12 months) was 0.23%.

Lending and customer funds remain stable despite the market volatility

Activity indicators remained stable in the quarter, with gross loans and advances to customers amounting to €353.4 billion and customer funds totalling €619.9 billion, despite market volatility.

As for trends in the portfolio, the stock of mortgages (-0.8% in the quarter) continued to be affected by loan repayments, albeit with a recovery of new loan production with respect to previous quarters.

New mortgage and new consumer credit production in Spain improved by 14% and 18% year-on-year respectively, with mortgage production reaching €2.12 billion following a sharp increase in approvals in March, together with the launch of MyHome, a complete package of home solutions that includes financing for purchases, home improvements and home protection. Along with the buoyant mortgage business, the first quarter saw an improved showing from consumer credit, where levels of new production are already offsetting the loans reaching maturity. As a consequence, the balance has grown by 0.6% in three months. Further highlights include the strong performance of lending to companies, which was up 0.8% in the quarter, and in lending to the public sector (+5.4% in the quarter). Lending to SMEs also increased, gaining 22%.

Meanwhile, assets under management came to €152.82 billion. The performance here (-3.3% in the quarter) largely followed the market, which turned in a negative performance. Excluding market effects, they grew by 0.1%.

On the other hand, net sales of long-term savings products totalled €1.21 billion in the quarter and the combined market share (29.6%) was 13 bps higher than in December, showcasing the Bank’s commercial strength.

Capital and liquidity at optimum levels

CaixaBank also strengthened its capital and liquidity levels during the first quarter. The Common Equity Tier 1 (CET1) ratio stood at 13.4% (13.2% without IFRS 9 transitional adjustments), while the pro-forma total MREL ratio was 26.5%, thus meeting the required level for 2024. The Bank completed two issues of senior non-preferred debt in April, one for £500 million and the other for €1 billion, both of which are already reflected in this pro-forma vision.

On 20 April, the Bank paid its shareholders a total of €0.1463 per share, corresponding to the ordinary dividend against 2021 profit, following its approval at the Annual General Shareholders Meeting held on 8 April. Payment of this dividend brings shareholder remuneration to €1.18 billion, which is equivalent to 50% of 2021 consolidated net profit adjusted to reflect the extraordinary impacts of the merger.

Total liquid assets amounted to €171.2 billion, growing by  €2.85 billion in the quarter. The Group’s Liquidity Coverage Ratio (LCR) at 31 March 2022 was 315%, showcasing an ample liquidity position (325% average LCR trailing 12 months) well clear of the minimum requirement of 100%. The balance drawn under the ECB facility at 31 March 2022 amounted to €80.75 billion, corresponding to TLTRO III.

In the first quarter of 2022, CaixaBank reaffirmed its commitment to provide customised services for senior customers by launching ten initiatives, notably the creation of a dedicated team of 2,000 advisers for elderly customers, extended cashier opening times in branches and the reinforcement of  communication channels for this customer segment.

The Bank has therefore broadened its existing global range of products and services for this segment, with the ultimate aim of offering excellent levels of service and remaining a leader in this field, where it has more than four million customers. Notably, CaixaBank was the first bank in Spain with specialist advisers for senior customers.

Branch operations have been strengthened through an additional 1,449 employees, with the aim of providing support to both senior customers and incoming Bankia customers in the use of CaixaBank tools and services during the operational integration process.

Support for the people of Ukraine

CaixaBank has also rolled out a broad package of measures to help the civilian population affected by the invasion of Ukraine. A special protocol has been activated across its entire branch network in Spain to provide support for displaced people who have requested shelter as refugees, with a specific basic needs product for those in need — the CaixaBank Social Account —, a simultaneous translation service to enable communication with bank managers, and other measures to allow everyone concerned to understand all documents and contracts.

Likewise, Ukraine nationals can also benefit from various free services at CaixaBank, such as fee-free use of Ukrainian bank cards at CaixaBank ATMs and fee-free transfers to Ukraine and neighbouring countries where many civilians have taken refuge after fleeing the country: Moldova, Romania, Hungary, Slovakia and Poland.

The Bank has also set up a platform to channel, at no cost, donations from anyone wishing to support various prominent humanitarian organisations. So far, more than €4 million in donations have been channelled through this initiative.

Likewise, the Bank is also promoting a fund-raising campaign among its employees in support of Ukraine and has pledged to match the amount raised by its staff. The funds are managed by the CaixaBank Volunteering Association, which is also mobilising to support NGOs in every possible way. 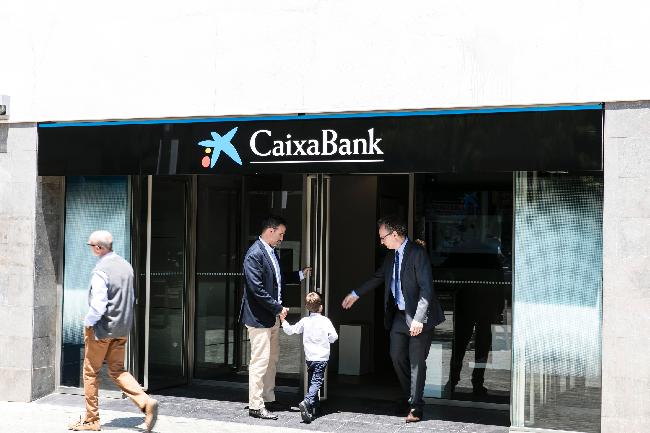