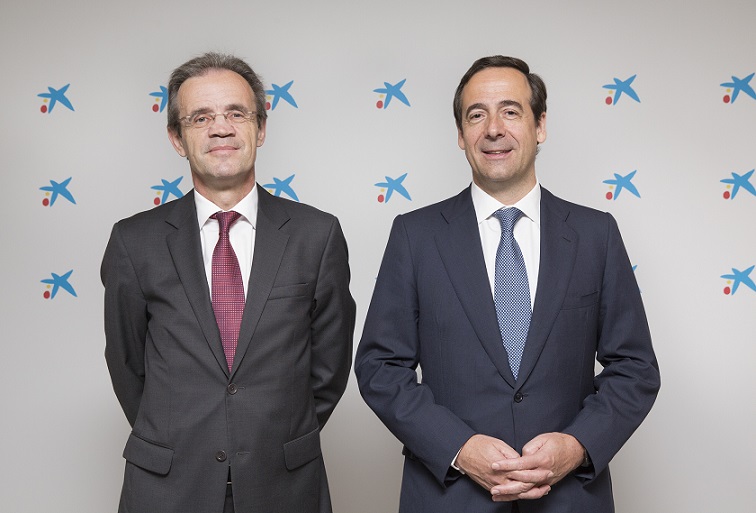 • The magazine has considered CaixaBank's financial strength, leadership and innovation in products and services in its selection as the best consumer bank.

• In the “Best Digital Bank” award, the jury valued, among many factors, the increase in the number of digital customers, and the innovation in and functionality of the bank's digital services, which have helped CaixaBank consolidate its leadership in digital banking.

• The bank repeats top position in the Spanish ranking of digital banking for the fifth consecutive year; whereas, CaixaBankNow continues leading the continent for the third consecutive year.

The winners of these awards, which are in their 27th and 21st edition, respectively, have been chosen from among all the candidates by a jury consisting of the magazine's editors, and, in the digital awards, also by a panel of judges representing the technology consultancy firm Ïnfosys.

After being selected by the magazine in May as the “Best Bank in Spain” and “Best Bank in Western Europe”, CaixaBank received the global award “Best Consumer Bank in the World” for, among multiple factors, its growth and leadership in the Spanish and Portuguese markets and its financial soundness and product and service innovation.

In this respect, the results of the year 2019 have strengthened the bank's leadership in Spain, where one out of every four individual customers works with CaixaBank. In addition, it has experienced a general increase in market share in recent months, supported by the intense commercial activity, which has enabled the bank to maintain and improve its solid position as leading institution, also during the COVID-19 pandemic.

The magazine highlights CaixaBank's firm commitment towards digital transformation and innovation, which consolidates it as a leading actor in offering solutions to alleviate the economic and social effects of the coronavirus crisis. Furthermore, it has considered the banking's socially responsible business model, underlining the issue of the first social bond by a Spanish bank that supports the Sustainable Development Goals (SDGs) of the United Nations, and its commitment towards green and sustainable financing.

This year, the magazine has also named CaixaBank the “Best Consumer Digital Bank in Spain” for its commitment towards improving the customer's digital experience, the increase in digital customers, and the innovation in and functionality of its digital services, which have helped it to consolidate its leadership in digital banking in Spain and continue providing its service to its customers at all times, especially during the COVID-19 pandemic.

As a result, in recent months CaixaBank has strengthened its leadership in digital banking in Spain, by earning a 32.9% market share according to Comscore figures, reaching an all-time high of 7 million digital customers in June (website and mobile phone banking). In the second quarter the CaixaBankNow mobile phone app also exceeded 6 million users for the first time. At the end of June 2020, 64.7% of CaixaBank customers were digital, whereas at 2018 year-end they amounted to 57.3%.

In its commitment towards continuing to provide essential banking services during the pandemic, CaixaBank has promoted all remote management and digital capacities, paying special attention to CaixaBankNow, the web and mobile phone application that allows its customers to carry out practically all their banking procedures online. At the end of June 2020, the number of customers connecting to CaixaBankNow on a daily basis grew by more than 30% with respect to the previous year.

The platform has benefited from new developments aimed at the simplification of processes (Ready to Sign, Ready to Buy, Muro), new products and services (contracting of Ocean investment funds and the we.trade blockchain platform), and an improvement of the virtual assistant thanks to the use of artificial intelligence, machine learning, biometrics and voice banking.

As a result, the magazine Global Finance has chosen CaixaBankNow as the “Best Consumer Mobile Banking App in Western Europe 2020”.

Furthermore, in recent months CaixaBank has promoted the remote digital customer service, inTouch, which has reached 1.4 million customers; at 2018 year-end it had reached 700,000. This service, which provides a model that combines digital support and a close relationship through a personal adviser, helps improve remote support and build customer loyalty.

In addition, this year, the Bank has transformed imagin —its mobile-only bank— into a digital platform dedicated to the creation of digital financial and non-financial services for young people, launching it with 2.6 million users.

This October, the magazine Global Finance will announce the winners of the best digital banks in the continental and global categories. Global Finance is a monthly magazine founded in 1987, with headquarters in New York. It distributes 50,000 copies (according to BPA) and has readers in 189 countries.CaixaBank, leader in innovation

Technology and digitisation are main pillars of CaixaBank's Strategic Plan and key in the company's business model, which has the largest base of digital customers in Spain (7 million). In addition, CaixaBank has developed landmark technology projects in the sector, such as the creation of the first ATMs that allow users to withdraw cash through facial recognition and without having to enter their PIN –a project chosen in 2019 as one of the Technological Projects of the Year in the Tech Project Awards by The Banker magazine.

Thanks to its digital transformation strategy, CaixaBank has become one of the highest-rated banks in the world based on the quality of its digital products and services. This year, the bank has also been chosen the “Best Private Bank in Europe for its digital culture and vision 2020” at the Wealth Tech Awards held by the magazine PWM of the Financial Times group.

The Global Finance awards follow on from an intense year of acknowledgement of CaixaBank. This US magazine named CaixaBank the “Best Bank in Spain 2020” and “Best Bank in Western Europe 2020” for the sixth and second year, respectively.

The Bank has also received the “Excellence in Leadership in Western Europe 2020” award from British magazine Euromoney for its social commitment in its response to the COVID-19 crisis.