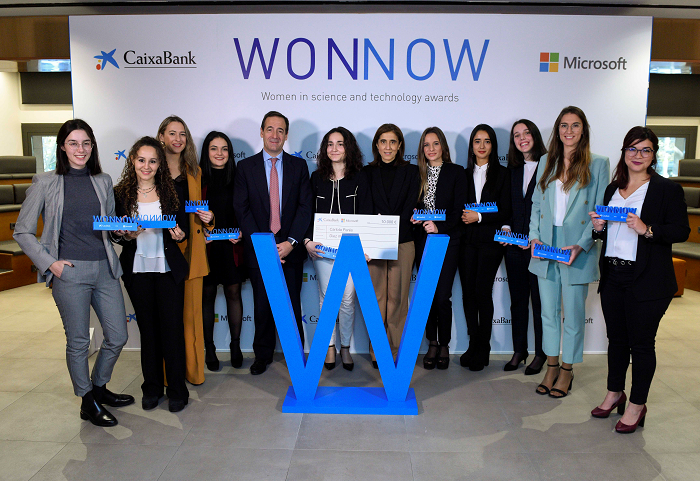 • Gonzalo Gortázar, CaixaBank CEO, and Pilar López, Microsoft Spain Chairwoman, granted an award to the student with the best academic record, who received a €10,000 monetary prize.

• Ten students have also been granted a paid internship with CaixaBank and to take part in a Microsoft mentoring programme.

• Through this initiative, both companies aim to foster the diversity and presence of women in the fields of technology and science from the outset of their career.

Through this initiative, for the second consecutive year, both companies reward female excellence in technical university degrees, to champion diversity and reduce the gender gap in these sectors, which feature a reduced female presence.

The European Commission's 2018 study "Women in the digital age" highlights the fact that only 34% of women hold STEM degrees, and they represent 17% of the specialist professionals in the technology sector.

In order to alleviate this situation, CaixaBank and Microsoft promote the WONNOW Awards. One the one hand, they acknowledged the student with the best academic record, who has received a monetary prize of €10,000, and on the other hand, ten students received the prize of a paid grant to work at CaixaBank and take part in a Microsoft Spain mentoring programme.

The Chief Executive Officer of CaixaBank has highlighted the work and effort of all the participants who studied challenging STEM degrees and achieved outstanding results. Furthermore, Gonzalo Gortázar congratulated the award-winners and has acknowledged their involvement and the important work that they carry out at the company. “Through the WONNOW Awards we aim to support female development in key professions and highlight the effort and the commitment of women, such as yourselves, who opt to embark on these studies”. The CEO of CaixaBank encouraged the students to continue breaking down barriers and stereotypes, demonstrating that women can also be outstanding scientists, technologists, engineers and mathematicians. “We need young people like you; our society cannot afford to lose almost half of its STEM talent”, he stated.

The Chairwoman of Microsoft Spain, Pilar López, also joined the praise of the award-winning students in this edition of the Awards, who she considers to be benchmarks to encourage other students to banish stereotypes and take an interest in science and technology. “Talent and diversity are a guarantee of innovation and growth. Boasting digital competences is a differential factor and provides a competitive edge for the professional future. It is a priority to promote female vocation and talent, and not only in the technology sector, since digital talent is essential for any industry at this time. Women already use technology, but we also want them to invent it, to stand out and help to resolve the major issues we face as a company. That is the spirit of the WONNOW Awards”.

Recognition of effort and excellence

The award-winners, four students from Catalonia, two from Murcia, two from Andalusia, one from Valencia and one from the Canary Islands, have been chosen from among 440 STEM-degree students from 70 Spanish universities that have taken part in this second annual edition of these awards. In order to choose the winners, in addition to their academic record, their personal experience has been considered. The participants answered questions to examine their merits and to gain knowledge of their profile. In addition, their CV and the average grades in their first 180 credits passed was taken into account.

Commitment to diversity and technology

The WONNOW Awards address two key matters for CaixaBank and Microsoft: diversity and commitment to technology. In addition, they are a clear reflection of the values that both companies share, such as social commitment, work towards equality and the recognition of excellence.

In Spain, more than one million jobs related to STEM abilities will be created in the coming four years, but one out of every four companies has difficulties finding suitable candidates and, above all, being able to select women for positions related to these sectors, according to the Spanish Association for Digitisation, DigitalES. Furthermore, according to the European Commission, only 3% of women with higher education studies have qualifications deemed technology studies.

Social engagement is one of CaixaBank's values that aims to contribute to developing a fairer society with greater equal opportunities. It fosters and implements various initiatives aimed at promoting diversity, such as the WONNOW Awards. The bank holds many national and international allegiances and initiatives in corporate responsibility, which are the cornerstone of its identity.

It is associated with various initiatives to foster gender equality, such as the Women’s Empowerment Principles initiative, promoted by the United Nations; the initiative of the Ministry of the Presidency, Parliamentary Relations and Equality: “More women, better companies”, to secure a greater percentage of women in executive positions; the Diversity Charter, to promote equal opportunities and antidiscriminatory measures; and the Generation and Talent Observatory, with the aim of promoting the management of generational diversity. Similarly, CaixaBank is included in the Bloomberg Gender-Equality Index for its commitment to promoting women. As a result of this commitment, CaixaBank has been presented with the EFR (Family Responsible Company) Certificate by the Más Familia Foundation.

Women currently fill 41.2% of CaixaBank's managerial positions and it has a specific action programme to promote gender diversity: the Wengage programme, through which it promotes equal opportunities among both genders and boosts the role of women in the company and in wider society. CaixaBank is the leader in retail banking in Spain, with a 29.3% share among individual customers. The bank has close to 16 million customers on the Iberian market and around 5,000 branches.

Microsoft (Nasdaq “MSFT” @microsoft) drives digital transformation for the smart cloud and Intelligent Edge era. Its mission is to empower every person and every organisation on the planet to achieve more in their daily activity.

Microsoft promotes a culture that allows its employees to connect their energy and passion for technology with this mission. And for this, diversity is crucial: a diverse and inclusive environment fosters better ideas, better products and better results for customers. 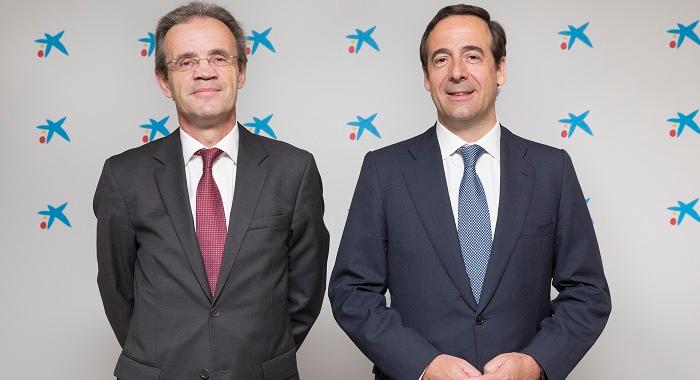 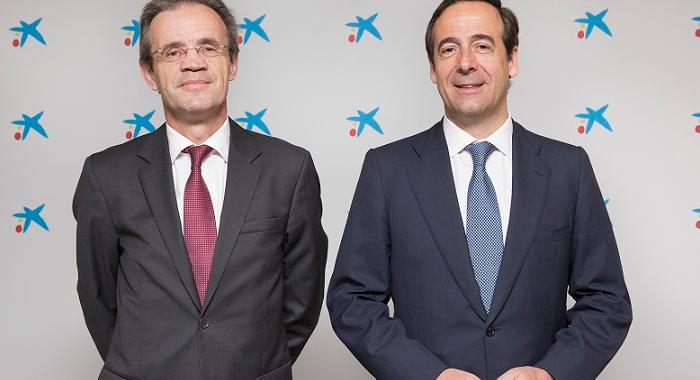 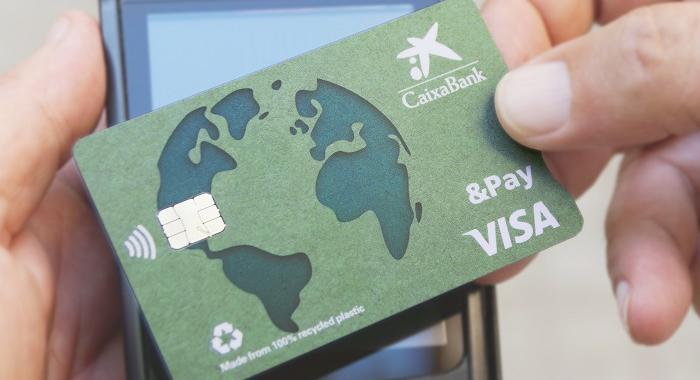