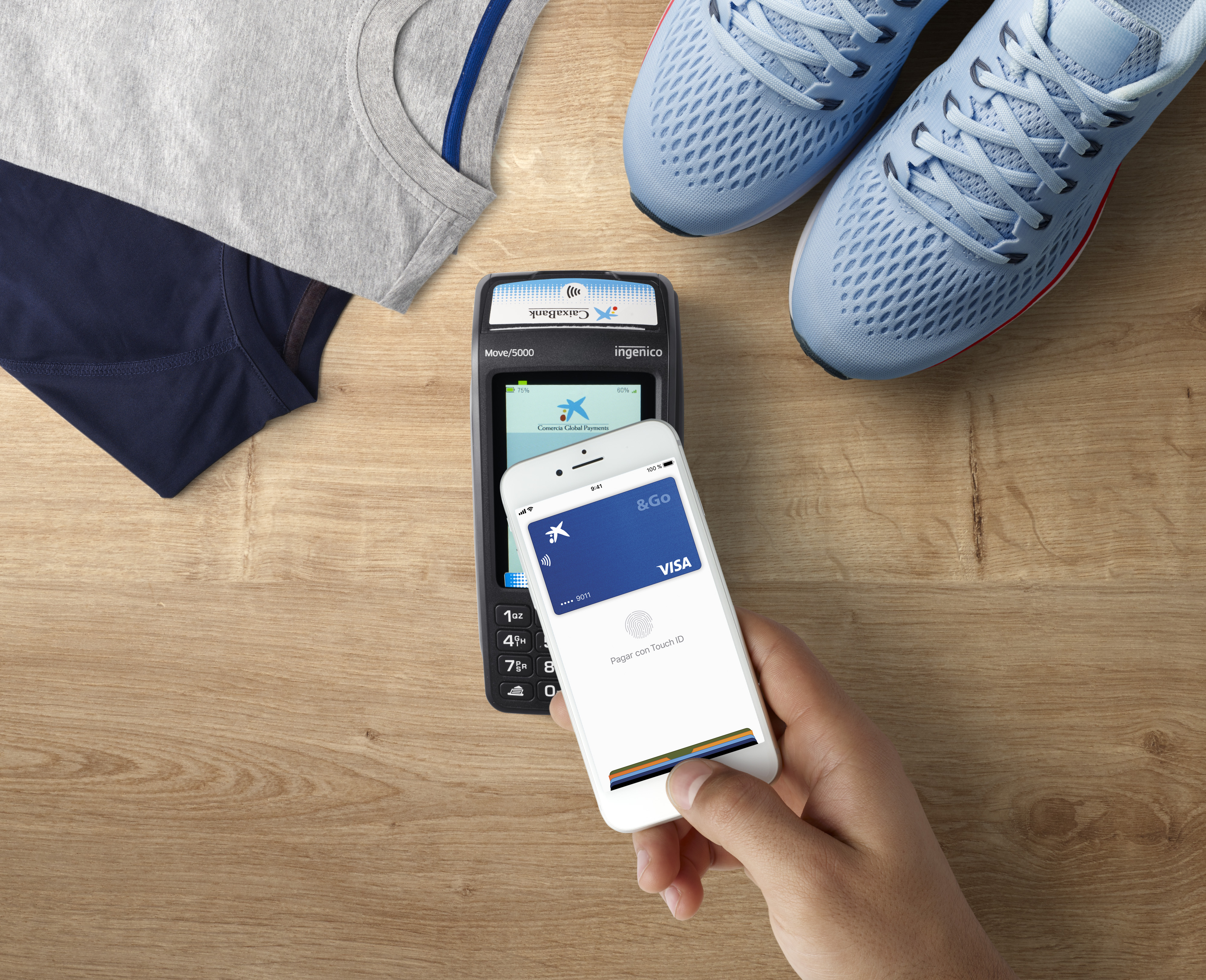 Launch of Apple Pay with CaixaBank

CaixaBank, the Spanish banking industry leader in terms of electronic payment methods with more than 15 million cards in circulation, today brings its customers and imaginBank customers Apple Pay, which is transforming mobile payments with an easy, secure and private way to pay that’s fast and convenient. The service is now available for Visa cards issued by CaixaBank.

CaixaBank’s engagement with mobile payments has come hand in hand with the growth of mobile banking. CaixaBank serves 4.2 million customers operating via mobile devices, and was the first bank in Spain to set up a mobile-only bank, imaginBank, where transactions are completed exclusively via apps.

Security and privacy is at the core of Apple Pay. When you use a credit or debit card with Apple Pay, the actual card numbers are not stored on the device, nor on Apple servers. Instead, a unique Device Account Number is assigned, encrypted and securely stored in the Secure Element on your device. Each transaction is authorized with a one-time unique dynamic security code.

“The launch of Apple Pay strengthens our bank’s leading position in online banking and mobile banking,” said Juan Alcaraz, CaixaBank’s Managing Director. “CaixaBank currently serves the most customers in Spain with mobile phones. Thus, by harnessing innovation and designing new digital solutions we will drive further growth both in terms of customer numbers and transactions, while also enhancing the user experience and service quality, which are central to the CaixaBank business model”.

Apple Pay is easy to set up and users will continue to receive all of the rewards and beneﬁts offered by credit and debit Visa cards. In stores, Apple Pay works with iPhone SE, iPhone 6 and later, and Apple Watch.

Online shopping in apps and on websites accepting Apple Pay is as simple as thetouch of a finger with Touch ID, so there’s no need to manually fill out lengthy account forms or repeatedly type in shipping and billing information. When paying for goods and services on the go in apps or Safari, Apple Pay works with iPhone 6 and later, iPhone SE, iPad Pro, iPad Air 2, and iPad mini 3 and later. You can also use Apple Pay in Safari on any Mac introduced in or after 2012 running macOS Sierra and confirm the payment with iPhone 6 or later or Apple Watch, or with Touch ID on the new MacBook Pro

CaixaBank is the current leader in the Spanish payment methods market, with more than 15 million cards in circulation (including cards in mobile and wearable format), a market share in terms of purchases of 23.1%, and more than 340,000 POS deployed. In 2016 CaixaBank cards recorded turnover at merchants of 33.457 billion euros (up 14.3% against 2015), and 5.196 billion euros in online purchases. Likewise, there was a 17% uptick in transactions at merchants during the year, standing at 1.119 billion operations, with payments totalling 40.881 billion euros, 14% higher than in 2015.

The bank has garnered international accolades in recent years for being the first in the world to implement key innovation initiatives in mobile banking and payment methods. As well as deploying mobile and contactless payments in Spain, it has developed other innovations such as wearable payments. 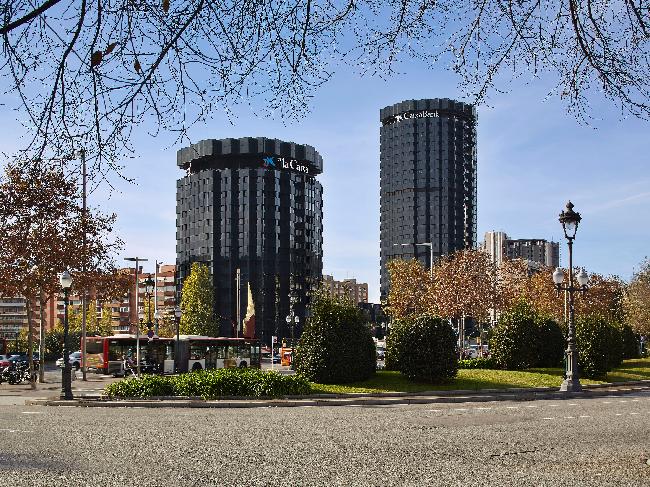 CaixaBank opens its first office in ...>> 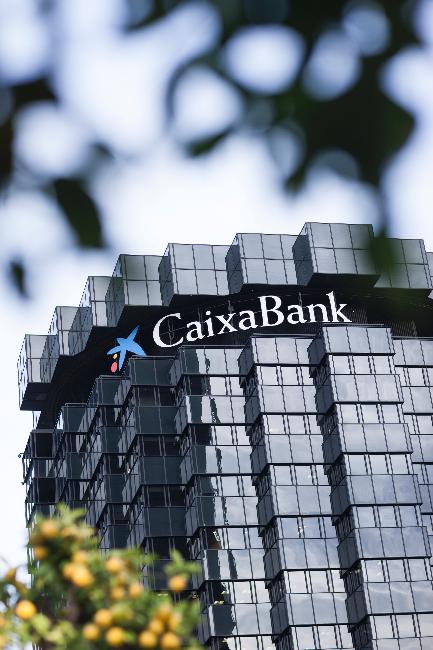 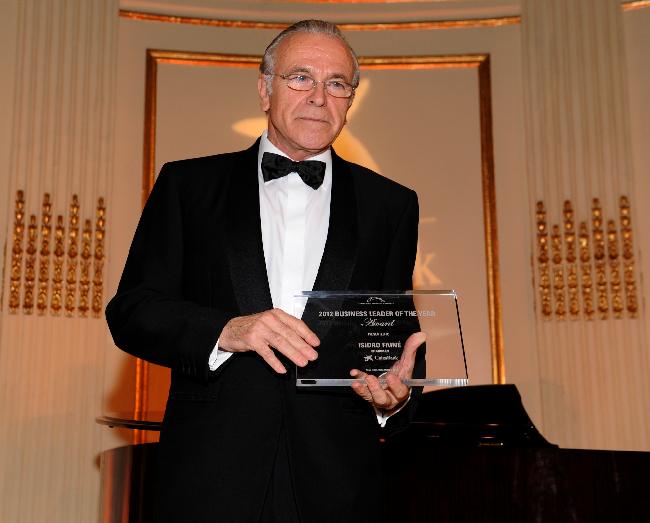 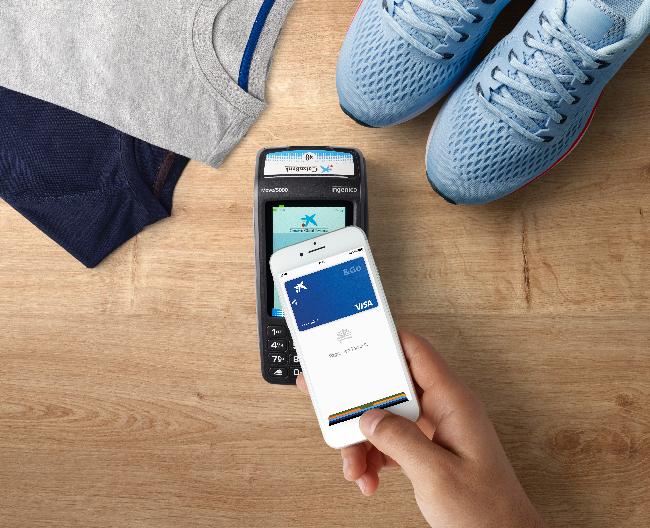