Chicho, an entrepreneur financed by a loan from MicroBank

• MicroBank and the European Investment Fund (EIF) agree to extend the loan facility intended for self-employed workers and micro-enterprises that require liquidity to overcome the crisis, until 30 June

MicroBank, the social bank wholly-owned by CaixaBank, Spain’s leading retail bank, has granted a total of 26,854 loans valued at €349.7 million intended to curb the economic effects of COVID-19 throughout 2020. It is precisely with this goal that the social bank, specialising in microloans and other funding with social impact, created specific funding facilities in March, designed to support self-employed workers, micro-enterprises and families, as well as promoting its loans for social enterprises in order to combat an unprecedented crisis. MicroBank is strengthened the CaixaBank Group's commitment to contributing to the well-being of society, especially to the most vulnerable groups.

As part of the ICO funding facilities, from 15 March until 31 December 2020, MicroBank granted upwards of €250 million through 21,058 loans. In parallel, the bank implemented the EIF-Covid19 Loan, a specific new facility intended to meet the working capital needs of the self-employed and micro-enterprises of up to nine employees with an annual turnover under €2 million. MicroBank and the EIF have agreed to extend the validity of this product until 30 June 2021. Throughout 2020, a total of 3,424 loans were granted under this facility, valued at upwards of €53.5 million.

This new funding facility has been implemented thanks to the European Commission sub-programme COSME COVID19, and offers a loans facility of €310 million euros for businesses that have liquidity problems as a result of the crisis arising from the pandemic, and which cannot access an ICO facility or need to complement it. The maximum amount of the loan is €50,000, and allows applicants to request a principal grace period of up to 12 months.

Solutions for families in situations of vulnerability

MicroBank, aware of the devastating economic effects brought about by COVID-19 for thousands of families, and thanks to an agreement with the ICO, also implemented a new funding facility for customers and non-customers in situations of vulnerability who could not meet the rental payments on their main home. A total of 2,110 homes have benefited from the measure, with a total amount of upwards of €7.6 million granted, up to the end of December.

Furthermore, families who needed it were also offered the opportunity to request moratoria on their loans. In total, 40,044 moratoria and refinancing and restructuring operations were undertaken in 2020.

In order to support projects that generate a positive social and measurable impact for society, MicroBank launched the EaSI loan in 2018. This funding facility became a major alternative in 2020 for social enterprises and companies in the third sector to combat the effects of the current social, economic and health crisis. Following on from this, up to the end of 2020, loans valued at upwards of €37.7 million were granted, 130% up on the figure of 2019. Thus, organisations that generate a positive social impact, especially those which have been on the frontline related to sectors such as healthcare, the fight to combat poverty and social-labour inclusion, have been able to access funding to consolidate their business model at a particularly complicated time.

MicroBank offers solutions to different segments of the population whose financial needs are not sufficiently met. It has a defining role in CaixaBank's Socially Responsible Banking Plan, the mission of which is to promote financial inclusion by helping all social groups access loans, especially the most vulnerable groups, as well as reinforcing its commitment towards the territory's socioeconomic development.

CaixaBank is MicroBank's only shareholder and since its inception, it has lent the social bank its support through two channels: by giving it the funding required to grow its lending activity while marketing MicroBank products through CaixaBank's commercial network of close to 4,000 branches, with the aim of offering customers its entire range of products with the highest possible quality of service and the best possible relationship.

MicroBank's 2019-2021 Strategic Plan has given the company fresh impetus to face the challenges and goals set: financial inclusion, promotion of the productive activity and generation of social impact. 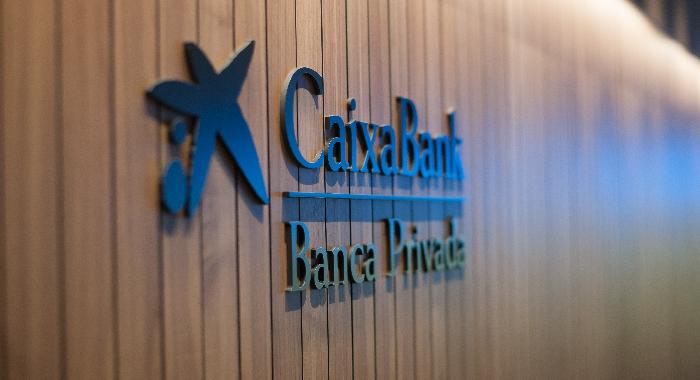