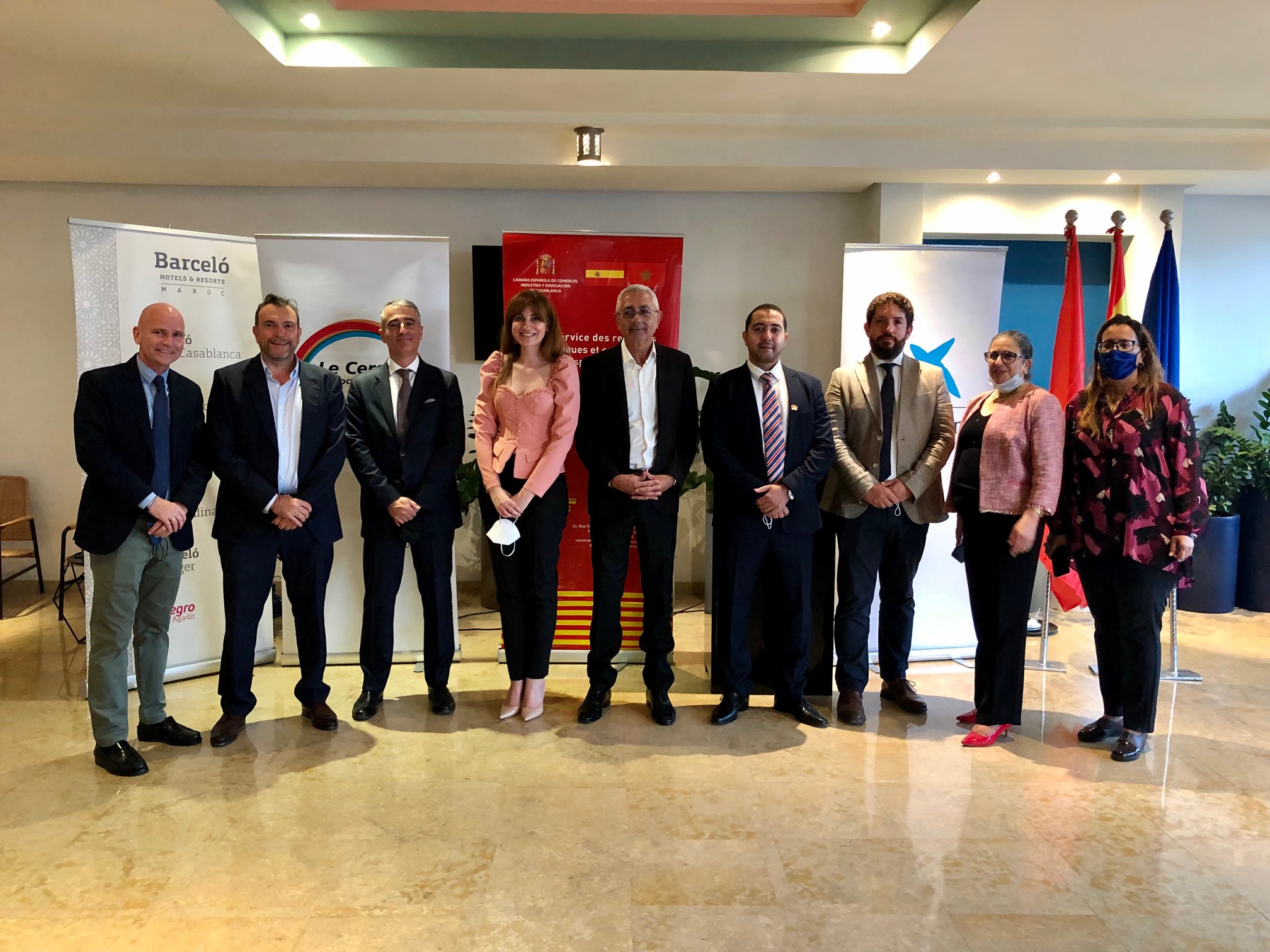 Participants at the meeting in Agadir (Morocco)

• The bank strengthens its presence in southern Morocco with the appointment of a new branch manager, Marc Molinero, from the CaixaBank network in Spain.

• The Agadir branch was opened in 2018, joining Casablanca and Tangier, to complete CaixaBank's international banking network across the country.

The Spanish Chamber of Commerce and Industry in Morocco, and the CaixaBank branch in Morocco, have brought together representatives of the core companies comprising the economic and industrial fabric of the region of Souss Massa. This meeting in Agadir aimed to foster and drive economic-trade relations between the two countries.

The event featured a broad representation of the Spanish Administration, such as the Consul General of Spain in Agadir and the Economic and Commercial Counsellors of the Spanish Embassy in Rabat and Casablanca. This has brought a boost to the trade and institutional relations of Spanish companies with interests in Morocco and of Moroccan companies with a presence in or relations with Spain.

At the event, CaixaBank showed its commitment to Morocco, announcing the strengthening of its Agadir branch with a new manager, Marc Molinero, with whom the bank seeks to bolster the services and products offered by the company in the region. Molinero, which has formed part of the CaixaBank Group for 20 years, arrived in Morocco from CaixaBank's branch network in Spain.

CaixaBank has also announced that, with the relative return to normal following the restrictions resulting from the COVID-19 pandemic, it will soon resume its cycle of ‘Le Cercle’ discussions. This is the conference and discussion programme ‘Le Cercle,’ created by CaixaBank as a way of strengthening networks between the Spanish and Moroccan business world. The ‘Le Cercle’ programme, which has been established in the economic and political life of the city since 2017, has promoted more than a dozen meetings on various subjects of both the economic and social spheres.

CaixaBank has been present in Morocco since 2009 and currently has a banking license and three operational branches located in the cities of Casablanca, Tangier and Agadir. From these branches it offers foreign trade services, business banking and corporate banking to Spanish companies already established in the country or looking to enter the Moroccan market, and to multinationals and Moroccan companies. In over twelve years in the country, the company bank has become established as a benchmark bank for Spanish companies in Morocco.

The conference and discussion programme ‘Le Cercle’ was created by CaixaBank as a way of strengthening networks between the Spanish and Moroccan business world. Since establishing this initiative in 2017, CaixaBank has held more than a dozen discussions focusing on diverse current economic topics such as legal certainty and arbitration, energy efficiency, the Moroccan currency, Moroccan taxation; as well as social topics, with debates held on business ethics together with Instituto Cervantes in Morocco. With the relative return to normal after the constraints arising from the COVID-19 pandemic, the company looks to revitalise these debates, through which CaixaBank has strengthened its role as a benchmark in project advisory and monitoring and for investments between Spain and Morocco.

CaixaBank's CIB & IB network comprises branches in Germany, France, Morocco, Poland, Portugal, the United Kingdom, all of them, with the exception of Portugal, authorised by the Spanish and local regulator to provide certain financial services related to financing and banking services, such as short-term and long-term financing, factoring, reverse factoring, and other similar activities within this kind of activity.

The representation branches offer advice to multinational enterprises with subsidiaries in Spain, as well as to Spanish companies with projects abroad. Its main areas of coverage notably feature trade finance and payments, corporate and project finance.

Besides its branch network, CaixaBank holds agreements with 1,760 correspondent banks, making it easier for companies from any country in the world to engage in international transactions and foreign trade.

Participants at the meeting in Agadir (Morocco)
JPG (0.7 MB) 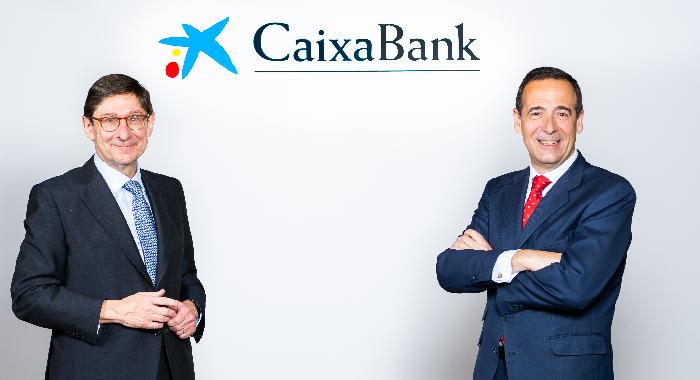 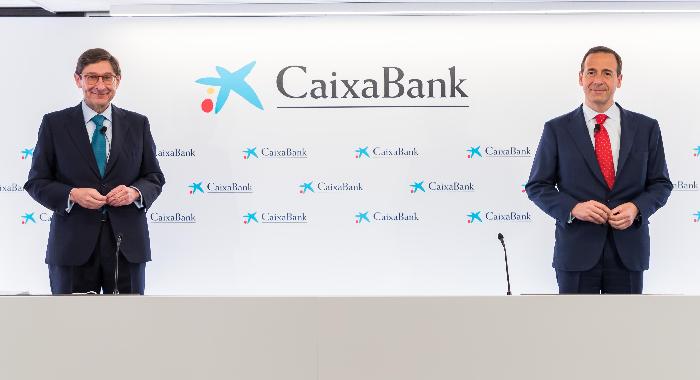